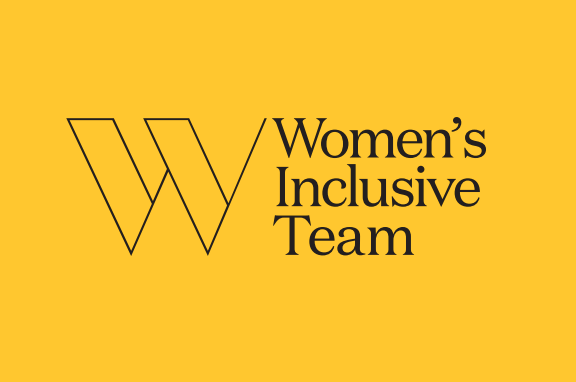 After a year of record growth in service users, funding partners and volunteer recruitment, Women’s Inclusive Team (WIT) has revealed a new brand and identity grounded in the organisation’s cultural roots and mission of female empowerment.

Since the Covid-19 pandemic began in March 2020, the Tower Hamlets charity has expanded its services to include a community kitchen, a food pantry, after school youth programmes and public health services.

At its peak the community kitchen served over 160 hot meals a day to vulnerable residents in Tower Hamlets while the food pantry supported nearly 700 individuals from April 2020 to the end of the year. Those are people the organisation was not engaging at all prior to the pandemic.

In August WIT moved its foodbank and kitchen operations to Mayfield House in Bethnal Green and continues to serve the community, including providing meals to 125 children and young people from low-income families, disproportionately affected by the pandemic. Over the school holidays the organisation provided free school meals to local children.

Since the pandemic began, WIT has recruited over 300 volunteers donating up to 20 hours a week to provide befriending to isolated residents, work in the community kitchen and deliver hot meals and food packages to vulnerable residents across the borough.

Collaborating with national children’s charity Barnardo’s, WIT participated in the Department for Education’s See, Hear, Respond Partnership and launched its Rise and Shine programme in the autumn that has engaged over 400 children and young people from the Somali community in Tower Hamlets.

The organisation now works with a number of local east London and national charity funders to sustain its community kitchen and food pantry and its Rise and Shine progreamme as well as its activities to provides skills training for women, advice and guidance, mental health support, befriending services and nursery and play activities.

To mark this exceptional year of expansion, the organisation has launched a new brand identity that better communicates its purpose and origins. Developed by a professional branding agency, the organisation’s new colour palette takes inspiration from the Somali hidi iyo dhaqin guntiino or celebratory dress: bright yellow, orange and red. The new branding uses the sash as a graphic device evoking historical women’s rights movements and cultural attire of ethnic minority groups, including the guntiino or sash of the Somali dress and culture. It also represents the organisation’s values of women’s progression, empowerment and protection. The newly launched logo brings in the full name of the charity “Women’s Inclusive Team” anchored in the visual sashes of the W. Though the organisation will continue to be known as WIT, it was important to emphasise “women” and “inclusivity” in the new identity as the organisation continues to serve vulnerable people in Tower Hamlets. Safia Jama, founder and CEO of Women’s Inclusive Team said: “It’s been an honour to serve our Tower Hamlets community in a much larger capacity over the last year. We’re proud of the work we have done to ensure our neighbours, our young people, and in particular vulnerable Black residents, have not gone hungry during this pandemic. We’re grateful to the volunteers and partners who have helped us in our grassroots achievements. But this is only the beginning. Our new brand and identity marks a new chapter in WIT’s 17-year history that will see us further expand our services to support ethnic minority women, their families and all vulnerable residents of Tower Hamlets to ensure that nobody is left behind.”