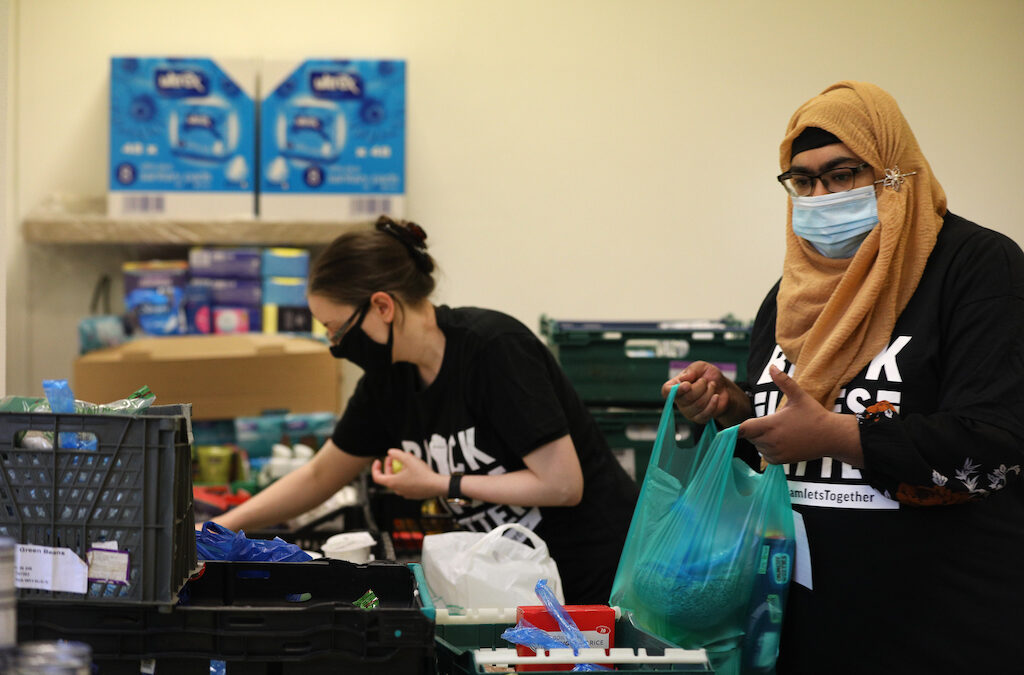 The Women’s Inclusive Team, a small grassroots charity supporting Black and Ethnic Minority Women and their families in Tower Hamlets, has been honoured with The Queen’s Award for Voluntary Service, the highest award a voluntary group can receive in the UK.

The award recognises the success of the east London charity in engaging over 300 volunteers to support the most vulnerable and isolated people in Tower Hamlets during the Covid-19 crisis. On average, volunteers donated three hours a week – with some giving as many as 20 hours – to deliver emergency services, including a food bank, community meals and a befriending service.

Volunteers packed and delivered parcels, as well as prepared, made and delivered daily fresh hot meals from the community kitchen.

By engaging during a time of crisis with these activities, WIT volunteers say they have also met more local people and this has strengthened their relationship with their community. When surveyed, 84 per cent said they now felt they were more part of the community; and 91 per cent said they had an improved understanding and awareness of diversity in The organisation has maintained a team of about 50 regular volunteers working 55 shifts a week to sustain the food bank, community kitchen and befriending team.

“I love volunteering at the Women’s Inclusive Team. On my delivery routes you get to know familiar faces and develop a friendly rapport. It’s so important to keep engaging with other people at such times when everyone is so isolated” said Cicely, a volunteer.

WIT is one of 241 charities, social enterprises and voluntary groups to receive the prestigious award this year. Created in 2002 to celebrate The Queen’s Golden Jubilee, the Queen’s Award for Voluntary Service aims to recognise outstanding work by volunteer groups to benefit their local communities. Recipients are announced each year on 2 June, the anniversary of The Queen’s Coronation.

Other award winners this year include volunteer groups from across the UK, including a support group for those living with dementia and their carers in North Yorkshire; a volunteer minibus service in Cumbria; a community radio station in Inverness and a mountain rescue team in Powys.

Representatives of WIT will receive the award crystal and certificate from Sir Kenneth Olisa, Lord-Lieutenant of Greater London later this summer. Depending on restrictions at the time, two volunteers from WIT will attend a garden party at Buckingham Palace in May 2022, along with other recipients of this year’s award.

Safia Jama, founder and CEO of WIT said: “When we started the organisation nearly two decades ago with four other young Somali mums, I could never have imagined that we would lead and mobilise this level of community support as we have during the pandemic. It’s been an honour to see our volunteers, alongside the many others, who have all dedicated and contributed their time selflessly during 2020, receive recognition by the Queens Award for Voluntary Service. This award is a testament to the power of communities who come together to take care of one another at a time of crisis.”